Javascript on your browser is not enabled. 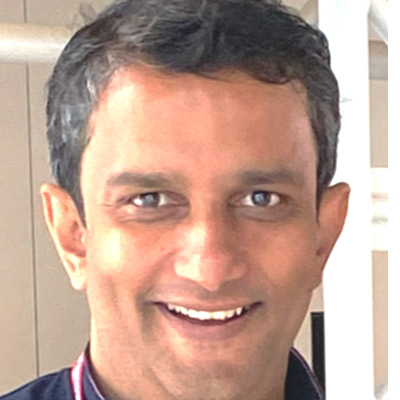 Brijesh Deb is a Principal Consultant with Infosys in the Netherlands and has over 2 decades of experience of leading, managing and coaching teams on Software Testing and embracing the Agile mindset. Being a hands-on software tester has also helped him stay close to technology and understand the intricacies. He has been involved in testing of applications from lightweight mobile apps to the large scale industrial IoT solutions. As a thought leader, he is also the founding enabler of a global testing community called The Test Chat which is focused on bringing the testers’ voice to the fore. There are more than 14 thousand testers as a part of the community.

Brijesh is an Agile Transformation Agent with the objective of helping organizations in achieving customer excellence with a focus on delivering maximum value to customers, stakeholders and teams. Emphasis on cultural change driven by collaboration at all levels to adapt the agile mindset and change.

He lives in the Netherlands. He’s a wordsmith and loves to write on social media, especially LinkedIn. He has a passion for anthropology and loves to study human behaviour.

Anthropology made me a better tester. Here’s how?
Man is a social animal. The human population is divided by race, colour and language. We live in societies that are built on diverse cultural belief systems. These belief systems are the manifestation of principles and values. The sheer scale of diversity of these belief systems makes it a very interesting area of research and study.

I was fascinated by this. A career in testing gave me just the perfect platform to enable myself to continue the study. I was amazed by what I observed. For example, I noticed that in certain geographies, it is very difficult for people to say “No”. This is directly related to their culture where they are taught from their childhood that a disapproval is impolite and hence incorrect. On the same lines, I also observed the other extreme where people were direct and straightforward. While this behaviour is socially and morally acceptable in certain regions, it is considered to be rude in some others. I also noticed how differences in teaching methods would bring in differences in thought processes. Gender also plays a very important part in societies. Biases stem from diverse opinions

I noticed many such variations in behaviour in testers from across the world and that gave me ideas to understand them better and build relationships. As I moved into leadership roles, I was able to use my learning to build a culture driven by trust. Not only that, it allowed me to understand the behaviour of users better which I could use better to relay it to the development team to make the product better.

Through my talk, I will share the aspects of humanity that I have studied so far and how they are relevant to the testing world. I will share how I used the results from these studies to my advantage to become a better tester.