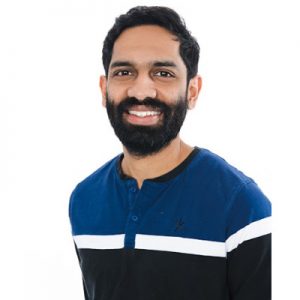 Sohan is a Senior Developer Advocate based out of Amsterdam, Netherlands. He is deeply passionate about emerging technologies and how it is shaping the world around us. He frequently works with developers in start-ups, ISVs, and enterprises on their cloud strategy. He previously worked as an Alexa Evangelist at Amazon, and has been in the developer relations space since 2013.

Keynote: CI / CD in a Serverless World
Continuous integration and continuous deployment (CI/CD) pipelines help development teams iterate on code and release features quickly. This talk breaks down a CI/CD pipeline into its components and shows you how apply it to serverless applications. Learn how to automate and deploy serverless architecture. Also learn how to test before, during, and after deployment—and roll back code if tests fail. Finally, learn how to use prebuilt pipeline templates to bootstrap a customizable CI/CD pipeline using common DevOps partners like GitHub. Join this talk to learn the moving parts of a CI/CD pipeline and have the tools to set up a pipeline for your serverless applications.